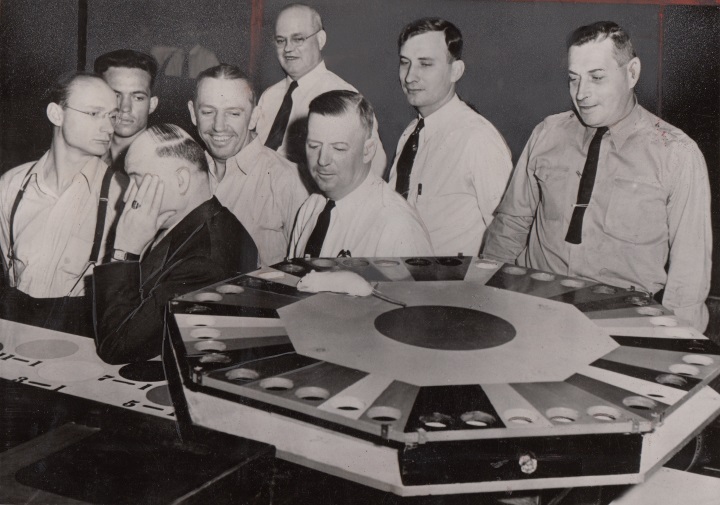 Nebraska carnival workers dreamed up a strange variation of roulette, and quickly found themselves in court after police and the humane society objected to it. The game, however, gained at least a few fans.

Dubbed rat roulette, it consisted of a rotating wheel in the shape of an octagon laid flat with 40 holes evenly distributed around its outer edge. Two live rats would be placed atop the device, and it would be spun. When it stopped, the dizzy rodents would stumble into a hole, each of which indicated a specific payout.

In 1946, a Southern California duo, Logan Champ, 58, and Vivian Gorman, 55, were arrested for running rat roulette. In their case, they paid out hams, coffee and canned goods. They pled guilty to violating a county gambling ordinance and were fined $100 ($1,200 today) apiece.

The same year, in the same region, Harry Wooding, 58, also was busted on gambling charges, but unlike Champ and Gorman’s, his rat roulette game was crooked. He rigged the machine by putting cheese beforehand inside the low-paying holes, which the rats obviously sought out. At his trial, jurors disagreed on the legality of rat roulette, so a second proceeding followed.

At that subsequent probe for truth and justice, with everyone in place and ready to go, the judge ordered the plaintiff to “bring on the evidence.”

“The evidence has died,” the deputy district attorney said, referring to the rodents.