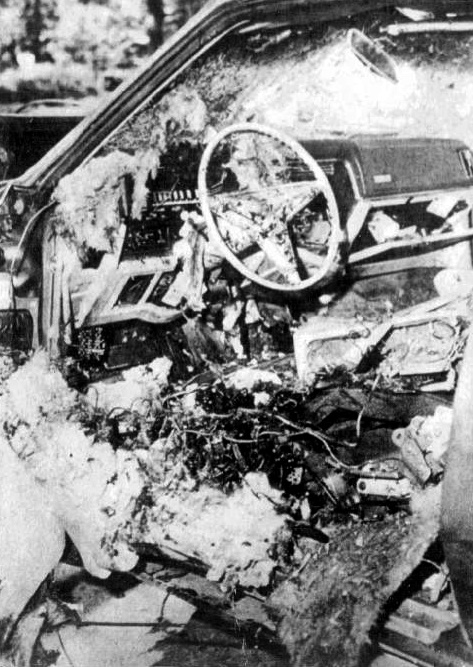 On Aug. 27, 1968, a dynamite bomb rigged under his Cadillac’s floorboard caused the violent death of Richard “Dick” Louis Chartrand, 42, a co-owner of the Barney’s Club and South Tahoe Nugget casinos in Stateline, Nevada. Also, “a large amount of money” was stolen from his home safe (The Fresno Bee, April 10, 1970). (These events happened exactly 12 years before the bombing of nearby Harvey’s Resort Hotel.)

The Chartrand case went cold. Then in 1981, Douglas County Sheriff Jerry Maple reopened it, hoping for further information, but nothing came of it.

What We Know Today
The initial investigators were confident they knew who committed the vicious murder-robbery of Chartrand and why, according to The Sacramento Bee, the newspaper that in 1981 conducted a full inquiry of its own into the killing and published its findings (Part I, Part II, Part III, Aug. 27). What hindered the case moving forward 52 years ago was a lack of physical evidence, which the district attorney insisted on having to ensure a conviction.

The Douglas County sheriff’s office believed two men, Roy Fred Pursselley and Louis Glenn Ballard, carried out the crimes. Pursselley, 50, and Ballard, 54, at the time, were crime partners who both had served prison time in the 1950s for conspiracy to smuggle (in their case, parrots, across the Mexico border into Southern California). They were thieves with expertise in robbing safes and, thus, adept at using explosives.

The two ex-cons allegedly killed and robbed Chartrand for Irwin “Bud” Spencer Soper, Jr. in exchange for essentially $1,000 (Soper reduced Pursselley’s debt to him to $400 from $1,400.) At the time, Soper, Jr. co-owned the Montgomery Pass Lodge & Casino in Mineral County and was about to open, in the next six months, the Monte Carlo Resort in Laughlin, both in Nevada.

Soper’s motive behind having Chartrand executed and robbed, according to then Douglas County Undersheriff George J. Brautovich, was that Chartrand stopped paying Soper a portion of the skim from Barney’s Club. (Later, it was determined Chartrand in fact was taking money off the top from that casino.) Soper believed Chartrand was securing his own share in his home safe.

The involvement of the three men — Soper, Pursselley and Ballard — came to Brautovich’s attention through Paul N. McConkey, a man who employed Pursselley at his plumbing enterprise in Los Angeles. McConkey claimed to have seen Pursselley obtain dynamite and build, at McConkey’s business, what appeared to be a bomb. He relayed that a few days before Chartrand’s murder, Pursselley told him he was going to Reno to do a job, and Pursselley used the company truck and two company credit cards for the trip, on which Ballard accompanied him. The two returned to Los Angeles the day after Chartrand’s murder.

“When all the information on the Chartrand murder was sifted, investigating authorities in Nevada and California were convinced that Soper, Pursselley and Ballard were their men,” the Bee reported.

In 1981, the newspaper team interviewed whom they could related to the case. Ballard was deceased (1975) by then. McConkey claimed he couldn’t recall anything about the 1968 events. As for Soper and Pursselley, “their basic position was that Chartrand was a friend,” according to the Bee. Pursselley knew both Soper and Chartrand from having played in their illegal gambling games. “Moreover, in Soper’s case, Chartrand was a valuable business associate and neither had any reason to want him dead.”

When the Bee reporters asked Soper if Chartrand phased him out of the Barney’s skim, he replied: “I have five points. I could bounce Chartrand off a wall and get my stock. I’m the last son-of-a-bitch that wanted Chartrand dead. Alive, he’s worth a quarter-million or better to me. Dead, he ain’t worth a quarter.” The quarter million was the amount Soper placed on the 5 percent hidden interest he allegedly held in Barney’s Club. 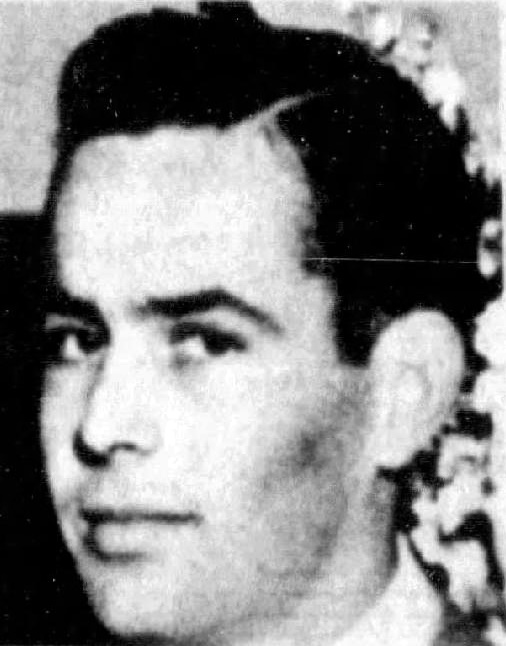 Chartrand and His Short Life
Born on April Fools’ Day in 1926 in Fresno, California, Dick Chartrand grew up in the same town. At age 18, he was drafted into the U.S. Army Air Forces during the final days of World War II.

“He was never the same after that,” his mother, Elizabeth Chartrand, said.

It was during his time in the military that he learned to shoot craps. After being discharged, Chartrand returned to Fresno and worked with his father, Louis Chartrand, in the real estate business until 1950 when he was reactivated as an Air Force reservist for the Korean War.

Subsequently, he provided a charter air service, flying people from Fresno to Nevada to gamble. At some point, he also sold used cars. An FBI memo indicated that in 1962, he was running illegal card and craps games in a small building in the rear of the Fresno Auto Auction sales yard.

The Fresnan began investing in and helping run Nevada casinos in 1961, first Barney’s Club and then the South Tahoe Nugget. At the time of his murder in 1968, he was living in Nevada’s swanky Skyland subdivision on Lake Tahoe’s East Shore. He had a girlfriend but no children.

The Murder-Robbery Instigator
Bud Soper was three years older than Chartrand, being born on July 5, 1923 in Corona, California. He was a “tough-talking, beefy, gray-haired man, who [could] be engagingly garrulous,” according to Sacramento Bee reporters.

In 1953, when Soper was 29 and reportedly working as a locksmith, he was arrested with others involved in an illegal dice game in Southern California. It isn’t clear if he was running or playing the game.

Supposedly, Soper worked as a handyman for a wealthy person who unexpectedly left him all of his assets upon his death. With those, Soper funded one or more Nevada casinos and, thus, reinvented himself as a legitimate gambler.

The first of his gaming businesses was the Montgomery Pass Lodge & Casino, which he and a partner debuted in 1963.

Six months after Chartrand’s murder, in 1969, Soper and another investor opened the Monte Carlo Resort. Nearly a decade afterward, a group of physicians acquired the property and reopened it in 1978 under a new name, Crystal Palace.

Soper opened his third gambling house, the Regency Casino, in Laughlin in 1980. The following year, he launched the Silver Strike Casino in Tonopah.