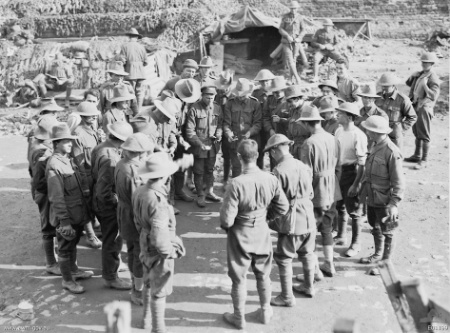 Australian soldiers playing two-up during World War I in 1917

Tuesday, April 25, Australians will be spotted throughout the local pubs playing two-up. Anzac Day, when military war veterans are honored, is the only time this game of chance is allowed legally.

Two-Up is believed to have spread in Australia’s gold fields in the 1850s and become popular among soldiers, or “diggers” in Australian parlance, during World War I.

It’s a version of heads or tails in which two coins are flipped. Bets are placed on whether they’ll both land on heads or tails. Players must gamble against one other, not against the house.