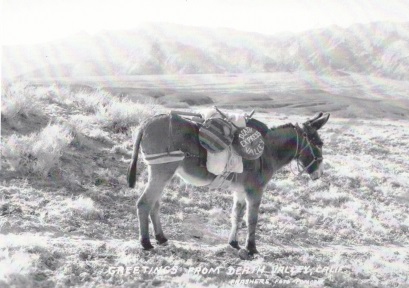 On their return, they got lost in what seemed to be a sinkhole. In the oppressive heat, they grew exhausted and dehydrated, and one of their two burros died.

They tossed a silver dollar to determine who’d take the remaining burro and try to get to safety. Eldridge lost.

The men divvied up the water, 1 quart for Mike, 4 quarts for Eldridge. Then Mike left.

He made it to civilization and safety despite the second burro also giving out. Hollow-eyed and emaciated, he told authorities the tale of his having abandoned his companion and his harrowing escape.

Eldridge, who subsequently couldn’t be found, was presumed dead.