Nevada: “Gambling and Prostitution Should Not Go Hand in Hand”

Home / Casino History / Nevada: “Gambling and Prostitution Should Not Go Hand in Hand” 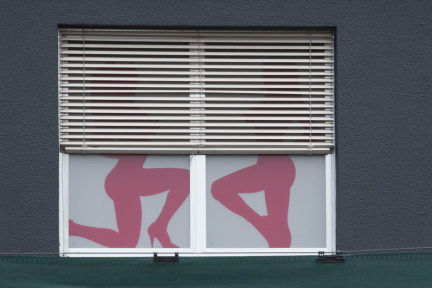 Two gambling-related issues — cheating by operators and prostitution — in Nevada’s town of Searchlight came to a head at the July meeting of the state tax commission, then responsible for overseeing gaming.

Regarding the roughly 300-resident community, commissioners 1) had heard rumors that its local ladies of the night mingled with customers in the casinos and 2) had been getting increasing complaints about the gambling clubs swindling their patrons.

Exercise of Power
Until Searchlight addressed both problems to the satisfaction of the commissioners, they’d deny all gambling license applications, they said. And they did. In July, they refused to grant licenses to three of the town’s four casinos:

El Rey Club: Gerald W. Judd and W. J. Martello applied for a reinstatement of their license as the commission had revoked it the previous year after discovering a rigged slot machine on the premises

Survival at Risk
The Crystal Club being the only licensed gambling house there at the time created an economic crisis for Searchlight, located about 60 miles south of Las Vegas. The community relied on its cut of gambling license fees to cover the $5,000 to $6,000 a year needed to operate. Its other income source, property taxes, contributed only about $800.

“We need licenses regardless of whom they are issued to,” Clyde C. Cree of the Searchlight town board told commissioners at their August meeting. “We want a town, gentlemen, I’m here to tell you that. We’d like to know what the tax commission wants cleaned up” (Reno Evening Gazette, Aug. 10, 1954).

Commissioners made it clear that Searchlight and its casinos needed to 1) keep gambling separate from prostitution and 2) stop the cheating of players. Cree agreed to make it happen.

“If it is a matter of the girls keeping the boys from getting licenses, then we’ll get rid of the girls,” he said.

The gambling agency gave Searchlight some time to get it done and, thus, deferred action on the town’s three pending license applications, at least until it next met.

The license applicants were willing to abide by the tax commission’s mandates, none of the clubs was engaged in prostitution and gambling there “was pretty well straightened out,” he said (Nevada State Journal, Sept. 10, 1954).

Therefore, the commissioners granted licenses for the Searchlight Casino and El Rey Club.

They, however, denied the Colliers brothers a license for the Oasis Club because they had criminal pasts, including prison time served in California for burglary. That ended gambling at the Oasis for good, leaving Searchlight with only three licensed casinos.