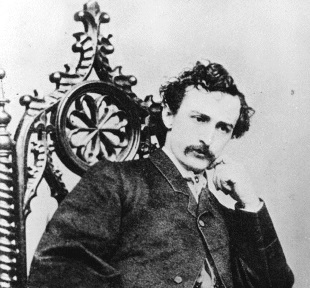 A gambling affinity, in part, did in Everton J. Conger’s career as associate justice of the Territory of Montana.

President Chester A. Arthur suspended him in March 1883. Conger had served three years in that role, beginning in 1880. Along with his penchant for playing games of chance, legal there at the time, reasons cited for Arthur’s punitive action against him included drunkenness, incompetence and dereliction of duty.

“It was held by his accusers that his indulgence in these practices destroyed his usefulness upon the bench and lowered the dignity of his high office, and that his continuance therein was an insult to the people of the Territory,” reported The Daily Miner (July 11, 1883).

It went on: “No charges, having any foundation in fact, were made against his integrity and honor as a man or as a judge. His ability was not impeached, nor was his industry in the discharge of his duties questioned. He was suspended simply on account of his supposed non-observance of certain social obligations which his position imposed upon him.”

His Link to Lincoln
During his service in the Civil War, Conger, who’d attained the rank of lieutenant colonel, had sustained three or more severe wounds in his right hip. Those injuries troubled him continually thereafter, and he used alcohol, morphine and chloral to dull the persistent pain.

Conger, at age 31, had conducted the interrogation that produced the location of President Abraham Lincoln’s assassin, John Wilkes Booth, and accomplice, David E. Herold. He also had accompanied the 16th New York Cavalry Regiment that had cornered the two men, resulting in the shooting of Booth and the capture of Herold. (In the HBO movie, Manhunt: The 12-Day Chase for Lincoln’s Killer — based on a book of the same name — Harrison Ford plays Conger.) Conger claimed to have known Booth from having seen him at various gambling houses they’d frequented in Washington, D.C. The federal government had given Conger $17,500* for his part in Booth’s capture.

Despite his heroics, not everyone loved the judge, in the U.S. capital city and in the territory, for various political reasons, including a ruling he’d made against the Northern Pacific Railroad and his support of replacement of county commission members. Many believed these disagreements caused his enemies to fight for his removal from office on grounds of immoral behavior. Thrilled at Conger’s suspension, they wrote to Arthur they were “hunting a cannon to fire a salute” (One Man’s Rebellion Record).

Behavioral Examination
Conger’s supporters pressured the administration to investigate the allegations against him. Peter C. Shannon, lawyer, politician and judge, was discharged to Bozeman, where, beginning May 30, 1883, he gathered testimony over a month’s time, generating more than 1,000 pages of information.

After learning of specific instances in which Conger had played poker, faro and billiards and the various saloons he’d frequented, Shannon concluded and testified before a congressional committee that Conger’s gambling activities were “unbecoming, unseemly, and indecorous” and “unsuitable to the office of Justice of the Supreme Court of Montana, and judge of that district.” As for Conger’s alcohol consumption, Shannon determined it exceeded that which was medically necessary and impacted his work performance. But the investigator pleaded for Conger to be extended grace.

“His honorable services in the war for the preservation of the Union, his crippled condition, and his physical sufferings, plead strongly for mercy, which I beg may be shown to him,” he added.

Not a Peep
Eight months after the inquest concluded, action on Conger’s case still hadn’t been taken. And Montana continued to suffer for it, with its remaining two judges overworked and the courts backlogged.

“The President don’t [sic] seem to see his way clearly through it,” reported The Daily Miner (Oct. 19, 1883). “On the one hand there is a party clamoring for the Judge’s removal, on the other is a car-scarred soldier, a tried patriot, a sound lawyer, a man whose integrity off or on the bench cannot or has not been successfully impeached.”

A Final Insult
Arthur reappointed Conger to the bench in March of 1884 but only one day before his term was to expire. What seemed like a victory really wasn’t as he was out of a job.

“The general opinion of the bar and people who know Judge Conger best is that he is honest and incorruptible, although incapacitated by his wounds from giving that close attention to his judicial duties which is demanded by the position he holds,” reported The Daily Independent (April 11, 1883). “He is a gentleman somewhat loose, perhaps, in habits, of strong partialities, and some prejudices, but who aims to do the just and fair thing, as he sees it.”