“Dice are the most ancient gambling implements known to man, and the most universal, having been known in nearly all parts of the world since earliest times.” —Hoyle’s Rules of Games 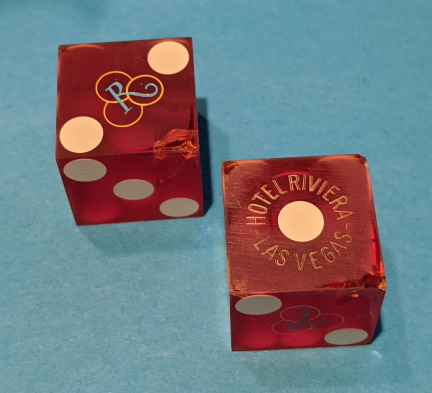 From size to spot design, the basic elements of dice have evolved over time. Much of the changes made to U.S. dice over the last roughly 150 years have been effected with the goals of making it harder for players to cheat and making it easier for gambling house personnel to spot altered dice. Today, casino dice are more varied than ever.

Here’s a look at sharps’ tricks, illegal in the country’s casinos, and how gambling operators used (and still use) dice design to foil cheating attempts: 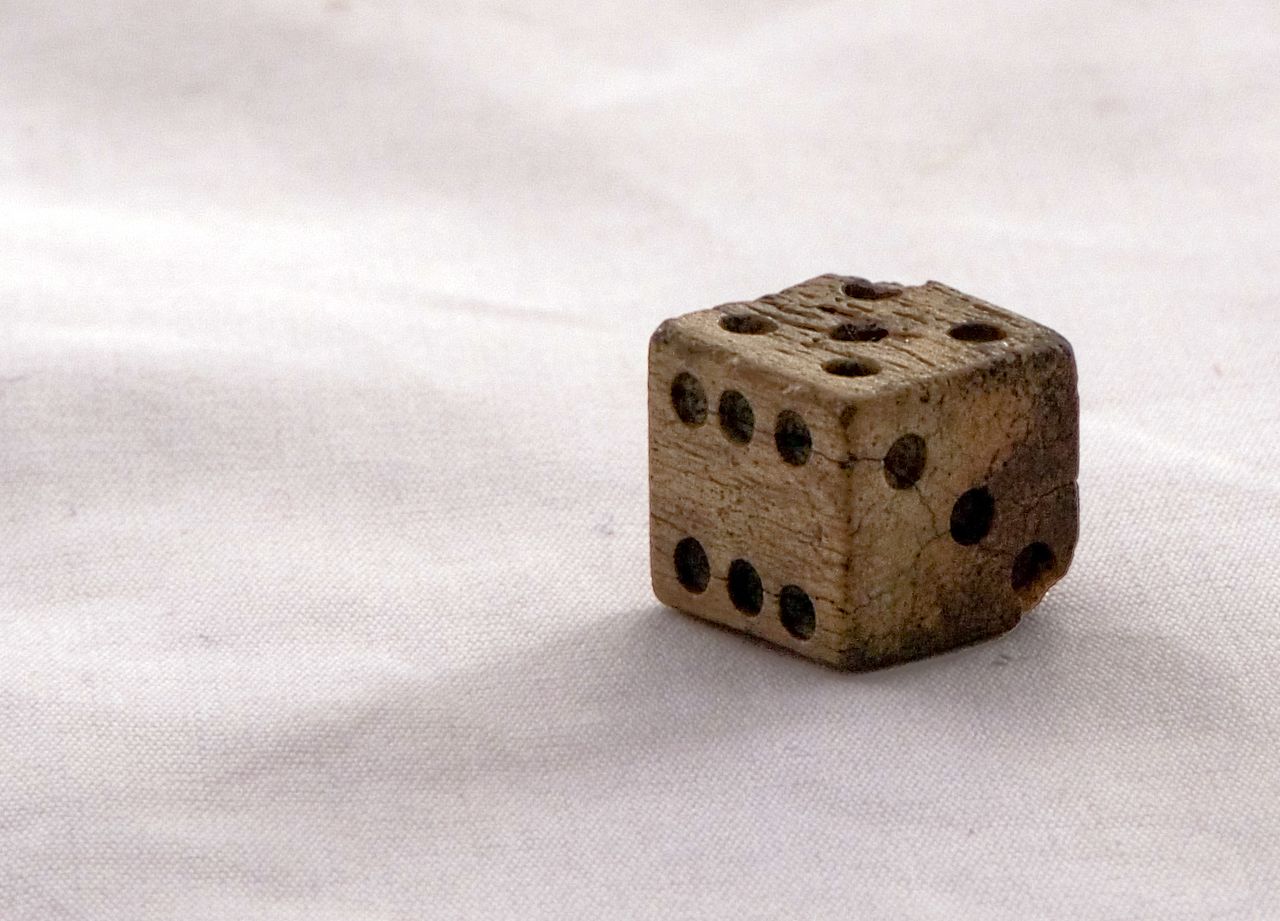 Rolling the Bones
Around the world, original dice were crafted out of bone (hence, the dice nickname “bones”), ivory and other materials, including bronze, agate, rock crystal, onyx, jet, alabaster, marble, amber and porcelain.

Eventually, opaque plastic dice, through which light can’t pass, became the norm in the States. This type was ideal for cheaters, who could get away with rigging them for an advantage during game play.

Modifications inside a die increased the weight on a certain side, which boosted the user’s chances of the die turning up a desired number.

Icing: To ice a die, one inserted a weight or iron filling inside it on the side opposite the desired face. The weighted, or heavy, side was more likely to fall against the table, thereby making the wanted side show.

Variable loading: This more complicated approach allowed the user to throw any side he desired rather than a predetermined one. The process involved hollowing out the die through one of the pips, placing a small weight inside, filling the cavity with a soft wax with a melting point just above room temperature, filling the pip with glue or epoxy and then coloring it to match the other pips.

Tapping: This version of the variable loading method entailed creating, inside the die, a central reservoir and running tubes from it to each of six additional reservoirs created behind each of the faces. Then the central reservoir would be filled with mercury.

During play, a tap of the die against the table or other hard surface would send the mercury into the reservoir behind the face opposite the desired side. The mercury weighted the side it was on and altered the outcome of a roll.

To counteract these cheating methods, gambling operators wanted to be able to see into the die. A solution came in the second half of the 1800s in the form of dice made out of cellulose nitrate, or nitrocellulose, a synthetic and translucent plastic. An added benefit was these dice could be colored by dying them. This composition, though, was problematic. It was highly flammable and, over time, crystallized due to plastic fatigue and ultraviolet light exposure.

Then, nearly a century later, came the advent of dice made out of cellulose acetate, a less flammable and natural plastic manufactured from purified natural cellulose. These are the dice used in U.S. casinos still today.

No Rounded Corners
Casino dice are exact cubes with sharp corners that ensure entirely random rolls. In contrast, dice found in commercial board games, for instance, have rounded corners, which exacerbate any bias in them and skew roll outcomes.

Cheaters sometimes make a die off square by shaving one side to be shorter, which leads to one face predominantly showing on rolls. These alterations are so slight, they can’t be seen by the naked eye. Detecting a shaved die required measuring all sides of it with a micrometer.

Size Matters
Casino dice size has gradually increased since the mid-1900s. They began at 5/8-inch squares then were increased to 11/16. Today, most are 3/4-inch squares, and each of a die’s dimensions must be true to within 1/2000th of an inch. As the die size grew, so did its pips, or spots or dots.

One reason for the increased size was to make die more difficult to palm and switch out, George Martin hypothesized in Collecting Casino Dice. He added that larger dice were more desirable on the larger craps tables that had become bigger over time, were easier to find on typically colorful, patterned casino carpeting and contained more surface area for printing a name or logo. Any to all of these factors could’ve prompted the size boost.

Shades in Play
The most common color of casino dice is … yes, red, of various shades with many older dice being deep red or maroon. Whereas red still dominates, other dice colors — blue, yellow, green and purple — are often seen now.

As for the printing on dice, it began with one color, usually a light pastel to contrast with the red dice color. A rarity at the time was Club Primadonna’s (1955-1978, Reno, Nevada) dice, which boasted four colors of print in all, three on one side and a fourth on a second.

The printing on modern dice is usually done in two or three colors, often metallic ones like silver or gold. 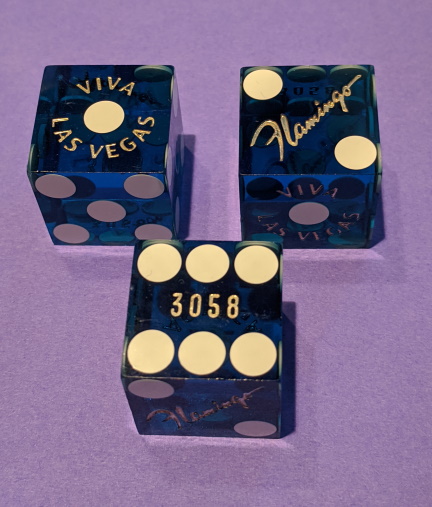 Logos Prompt No-gos
When gambling establishments first started printing identifying info on their dice, it generally was their name, like “Boulder Club.” That evolved into printing the hotel name, like “Hotel Sahara” and then the casino name, such as “Fitzgerald’s Casino.” Some casinos opted for only a printed object, like a heart, horse, fish or gun, a geometric shape or symbol.

A later trend was dice bearing the possessive form of the casino owner’s surname, like “Harrah’s” and “Binion’s.” Sometimes it had their full name, such as “Milton Prell” and “Del Webb” and at other times, their initials. Eventually, printing identifiers included the casino’s geographic location, such as “Sparks Nevada,” the year, slogans like “Viva Las Vegas,” special event names and more.

These logos help casinos differentiate their dice from others’ and afford them a way to brand and market themselves.

Casinos change their printed logos several times a year and only use dice bearing the latest variation, again to prevent cheating. Cheaters generally won’t get away with swapping into a game old dice with a different logo.

The side containing the single pip is the most common for printing, with the two dot face the runner up, as they offer the most available space.

Not Gladys Knight’s Pips
Misspot dice, used to cheat and today called tops and bottoms, are made with certain numbers duplicated on or omitted from them. For example, one of these might have a one, three and five on it, twice each, but no two, four or six or vice versa.

As such, pips on today’s dice aren’t painted on. They’re drilled into the die then filled with a special paint. The paint’s density is the same as the die’s to ensure all sides weigh the same.

The arrangement of the numbers on U.S. dice is such that those on opposite faces always total seven. This means two mirror image arrangements are possible, in which 1, 2 and 3 are arranged in a clockwise or counterclockwise order about a corner. 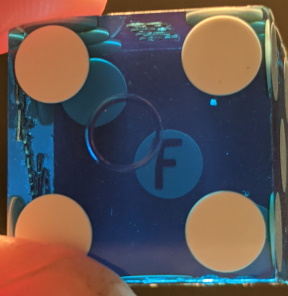 This die’s key identifier is “F”

An Ounce of Prevention
Casinos have added a couple of features. One is a letter or number printed underneath the paint of one pip. It can be seen only when looking into the cube in a certain way, usually through the four spot side toward the three spot side.

This identifier is yet another dice component cheaters have to contend with, and it’s a difficult one to replicate. To up the ante even more, casinos usually change this code with each new dice issue.

Each fresh dice lot also gets a new number, which is printed on every die in the batch, usually between the two rows on the six face.

When casinos take dice out of action permanently, they mark them, most commonly with a 1/4 inch in diameter circle stamped into the plastic on the four spot side. Sometimes they use an “X,” numbers or letters instead, even “void.” This allows anyone to easily spot the unacceptable use of retired dice in a game.

An Ongoing Battle
While the design of today’s casino dice goes a long way in counteracting cheating, it doesn’t eradicate it. For instance, some skilled players like Dominic “Dice Dominator” LoRiggio, can control how they throw dice so they land on certain numbers. Some cheaters use magnets to control their roll, one inside the dice and another under the table.

What ingenious method will someone concoct next?