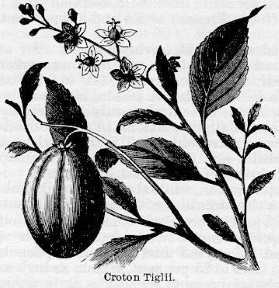 Two acquaintances were having a drink at a Reno casino bar — Miles T. Ellis, 47, a tourist, and Anthony Swiderski, 52, a local chef in the Northern Nevada town.

At an opportune moment, Swiderski spiked Ellis’ drink with croton oil,* which has a slight smell and unpleasant taste. This plant-derived substance, if ingested, in tiny amounts, can cause stomach cramping, vomiting and diarrhea and in small amounts, can be fatal.

Ellis took a sip and, soon after, became seriously ill.

Once Ellis was incapacitated, Swiderski had planned to rob him of his currency — a $4,500 check (about $64,000 today), $400 in traveler’s checks and a small amount of silver. However, the bartender’s action and Ellis’ dramatic symptoms foiled his scheme.

This wasn’t Swiderski’s first failed attempt at theft. He previously had committed a $75,000 robbery for which he’d served time in the Illinois State Penitentiary in Joliet.

In The Biggest Little City, Swiderski was charged with doping a drink, to which he pleaded guilty. The judge sentenced him to five to 25 years in Nevada State Prison in Carson City.

Ellis recovered from the poisoning.

The Next Act
In November 1944, nearly 1.5 years into his sentence, Swiderski escaped from the prison farm under the veil of darkness.

Despite a $50 reward the warden offered for the convict’s capture, Swiderski remained free for 4.5 months. In April 1945, he was captured in San Francisco and returned to the Nevada penitentiary.

In fewer than two years post escape, he was paroled for good behavior. He went to San Francisco where he resumed work as a cook.

Repeat of the Same
In The City by the Bay, in 1948, a janitor reported to police three people, two males and one female, acting suspiciously near a car outside of a restaurant. One of them was Swiderski. When police searched the vehicle and the woman’s apartment, they found oxygen-acetylene torches, cutting tools, two pistols, 50 rounds of rifle ammunition, cameras, fountain pens and several hundred dollars’ worth of morphine, cocaine and opium.

The men were charged with possession of burglary tools, suspicion of auto theft and suspicion of violating the gun law.

Swiderski remained in jail while he awaited trial. One day, in court for an appearance, he sat, uncuffed, with other prisoners in an open area of the courtroom, separated from the public by a wooden banister.

When the sole bailiff turned away, Swiderski left his seat and took a new one amid the spectators. Soon after, he left the room and the building. This man, inept at robbery but adept at freeing himself from punitive confinement, had escaped again.

Caught by the Law
He moved to Los Gatos and again assumed work as a cook. That lasted a year before he chose to return to San Francisco, thinking it was safe to do so.

In March 1949, he was re-arrested and returned to jail to face those year-old robbery charges.

It’s unknown what then happened to Anthony Swiderski.

* Croton oil comes from the seeds of the of Croton tiglium L. tree found in the Far East. Other names for the substance include oleum tiglii, oleum crotonis, croton tiglium and croton tiglii. It once was used to spur surface blood flow in humans and as a laxative for animals (and sometimes jockeys to drop weight), but it isn’t any longer due to the oil’s toxicity. Interestingly, today, it sometimes is applied externally to exfoliate the skin as part of cosmetic surgery or procedures.