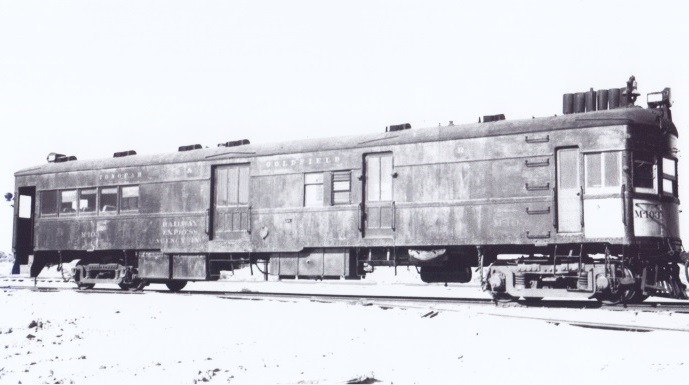 It was 3 a.m. on a Monday. About 15 men were gambling in the Desert Club. One who’d been there all night, sitting alone, watching and waiting to make his move was George Strickland. In his mid-30s and a self-named Wobbly, he’d arrived in Tonopah, Nevada, a few days earlier.

Suddenly, he stood, brandished a gun and demanded everyone put up their hands. He relieved each of his money and valuables then stole about $150 ($1,800 today) from the cash register. He backed out the door, instructing those he’d robbed to stay put.

The police tracked Strickland to the town of Millers, Nevada. When they ordered him to surrender, he shot at them and fled along the Tonopah & Goldfield railroad track. He came upon a passenger train heading to Mina, Nevada and decided to hold it up and get the engineer to bypass the next stop. An express messenger on board, however, shot Strickland in the arm, thwarting his plan.

When the officers arrested him, the alleged thief had $375 ($4,500 today) on his person, about half the amount the victims claimed he’d stolen from them. They confiscated the cash, which was to be held in police possession until the court instructed them what to do with it.

Spectacle In Court
During his arraignment, Strickland acted bizarrely.

“He pleaded guilty and then withdrew the plea repeatedly until the attorneys were confused and did not understand what his final decision was — until he was halted in a rambling discourse and induced to go on record with a plea of guilty,” reported the Reno Evening Gazette (July 16, 1920).

During the trial, it came out that he’d planned to get to Mina to acquire more ammunition then return to Millers to fight the officers pursuing him — surefire suicide by cop.

Strickland’s ongoing behavior pointed to some type of mental imbalance and violent tendencies. While in the Tonopah jail, he’d picked several fights. In the courtroom, he attacked the bailiff in the hopes of commandeering his weapon and escaping. Committee members assigned to evaluating Strickland’s sanity offered diverging opinions. The sheriff believed the only safe place for the accused was the penitentiary.

“It is surmised by officers who have been brought in close contact that he is either an escaped convict or a fugitive from an insane asylum,” reported the Reno Evening Gazette (July 16, 1920).

The judge sentenced him to five to 25 years in Nevada State Prison, and Strickland thanked him.

As for the money the convicted criminal had pilfered, if it were returned to the original owners, the men could be convicted of illegal gambling (only some games of chance were allowed then). Thus, the money instead likely wound up in the county treasury.

Tragic Finale
A month later, in August, while in the prison hospital, Strickland picked the lock and found his way into the yard. At risk of being shot by a guard, he scaled the perimeter wall and hotfooted it.

He’d made it about 12 miles when bloodhounds tracked him down in a Carson City mill fewer than three hours later. Recaptured, he was returned to the pen.

The following February, Strickland snatched a razor from the prison’s barber shop and used it to fatally cut his throat.