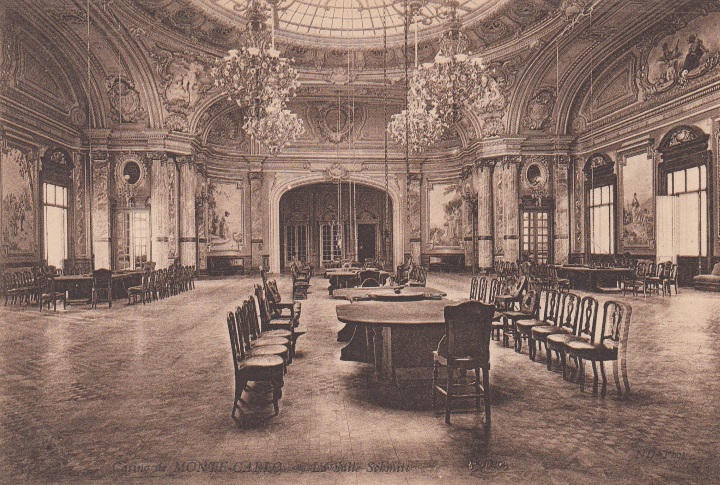 British and French patrons crowded the Casino de Monte-Carlo, games were in full operation and large sums of money sat on the tables. It was a typical Saturday night in spring at the Monaco institution.

Around 11 p.m., a tremendous explosion wracked one of the gambling rooms, throwing people to the floor, extinguishing most of the lights and smashing the windows, chandeliers, clocks and mirrors. Many people fainted. Others sustained cuts and scratches on their hands and faces from falling, broken glass.

In the rush to flee the terror, the frantic mob knocked down and trampled people.

One eyewitness described the pandemonium as:

“A number of women were sprawling in hysterics; a few others had really fainted and looked ghastly through their powder; chairs were overturned, metal was bent into contortions and mirrors were in fragments; there were bleeding croupiers carrying away the bank in hot haste; Frenchwomen gesticulating and screaming, and Englishwomen pale and excited. Altogether I never saw a scene to compare with it in bustle, terror and confusion, even on the stage” (The Daily Star—Ohio, June 30, 1880).

What Had Happened
Later, when the damage was assessed, it was discovered that numerous people suffered serious injuries, but no one died.

The cause of the blast was a dynamite cartridge that some thieves placed under a mantel clock to create a disturbance significant enough to allow them to rob the casino successfully. The crooks stole the gold and bank notes lying on the game tables, 150,000 francs’ worth (about $592,500 today).

Four men, presumably the criminals, mugged a guest, according to one account. If the perpetrators had intended to plunder the safe, too, they failed.

“Had the explosive charge been somewhat larger, the consequences would have been most disastrous,” according to London, England’s Magnet (May 3, 1880).

During the commotion, many of the floor employees stayed put.

“They went on dealing, playing, raking in the stakes, twirling the roulette wheel, and keeping a careful eye on the treasures in the centre of each table,” noted London’s Daily News (April 27, 1880).

Just how bold was the crime for the time period?

“There have been many plots and tricks devised to rob the Monte Carlo gaming establishment, but in audacity and success this last one eclipses any of its predecessors,” reported the Van Wert Bulletin (April 30, 1880).