Quick Fact – Out of Thin Air 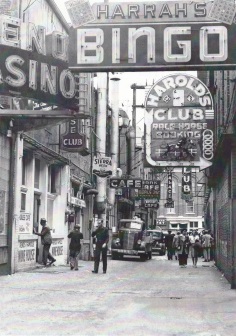 When dealer Lue Dennis exited her work, Harolds Club casino, a man descended and hit the pavement in front of her. Reno resident, John Nahirney, age 79, had fallen from the Nevada casino’s fire escape into Douglas Alley; nobody ever determined whether it had been from the second or third floor.

On landing, he fractured his hip, cut his right leg and scraped his forehead.

Surviving the incident, he later explained he thought he’d stepped out of his cabin.