Quick Fact – Off, Off, Off Broadway

Home / Casino History / Quick Fact – Off, Off, Off Broadway 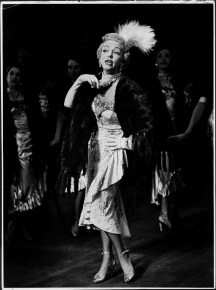 Vivian Blaine in Guys and Dolls in New York, 1953

The Royal Nevada, though, changed it up with a first. They put on the musical, Guys and Dolls, featuring a number of the original Broadway cast members, including Vivian Blaine.