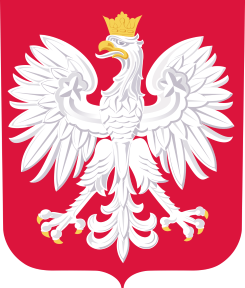 During this year, the tail end of the second wave of massive Polish emigration, about 3.5 million people, primarily peasants from poor rural provinces, was taking place. Looming on the horizon was the outbreak of World War I, when Poland would become the locale for much of the Eastern Front’s operations.

Gambling had become a way of life for Poles.

In the Headlines
This is evidenced by the article with a Warsaw dateline, “Spirit of Chance Grips Poland in Deadly Grasp,” which the Nevada State Journal published on Nov. 12, 1913. It reads:

“Just now a gambling mania is sweeping across Poland. Today everybody in the country gambles, from the prince at his clubs to the cooks and scullery maids in the kitchens; from the lady of fashion in her boudoir to the ballet girls at the theater, who spend their time between the acts in trying their luck with cards.

“In nine private houses out of 10 the inmates sit up night after night till four or five o’clock in the morning — and often begin again after lunch. They like the money, the presence of the actual coins. When they cannot have these, they gamble with wooden cocks [roosters],* pebbles and dominoes. They will walk a mile to rub shoulders with a hunchback for luck and sit for hours waiting to slip into the seat of a lucky player.

“To what length a woman will go when bent on trying her luck with cards, an incident which recently happened at Warsaw will prove. A woman, young, good-looking and well-off, who plays a great deal of poker and bridge, and has lately lost tremendously over them, determined to force luck her way.

“Every gambler knows that a piece of the rope with which a man has been hanged makes a better mascot than anything else under the sun. The woman determined to get one. But as suicides by hanging are comparatively rare in Poland, she saw no chance of getting one that way. One evening at a card party she mentioned this and bemoaned her failure to find out where such ropes are.

“‘Why not go to the citadel and get a piece of the rope a bandit has been hanged with?’ suggested a young man, little dreaming that he would be taken seriously. She was delighted, never having thought of that before. After many visissitudes [sic], she finally secured a part of a rope used in a series of executions.

“Gambling goes on in the streets to an enormous extent. The police are supposed to punish offenders, but it makes very little difference. On Sundays and saint days, when the people come out of church, you can see within a stone’s throw of the entrance a table on which is an artificial cock, with a very pointed tail and beak. This turns on a pivot, and around the table are numbers, as in roulette. The players lay on their money, the owner of the cock, gives it a spin — and you have Monte Carlo on a small scale — out in the open air. The cocks are used because the original roulette sets, with a needle, were forbidden by the police. As no law has been made against the cocks, they are used instead. When they are tabooed, the gambler’s ingenuity will invent something else.

“Some woman in the city tried to open a club where poker could be played from morning to night. The committee was overrun with applications for membership within 24 hours of its formation. Unluckily for them, the police stepped in and put a stop to it. Every little town in Poland is cursed with gambling hells. When they cannot get the license they open as concert rooms, motion picture shows, and so forth. A man will take a room in a provincial hotel, and like flies drawn to a honeypot, the men for miles around come in to play.”

* The rooster is a common subject of Polish folk art, appearing in various media from wood to paper, and is depicted on the country’s Coat of Arms.

Photo from Wikimedia Commons: by pl:user:follow by white rabbit