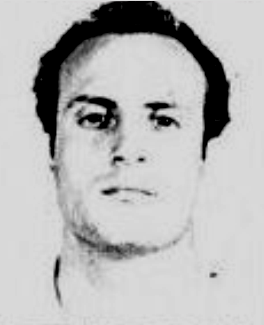 Los Angeles mobsters, Louis Tom Dragna and John “The Bat” Battaglia, conversed in a hotel-casino cocktail lounge on the Las Vegas Strip one day in February 1960. But their visit was cut short when Nevada Gaming Control Board (NGCB) agents appeared with local police who arrested the two.

They charged them with vagrancy and threatened to arrest them the next time they appeared in Sin City (they soon after dropped the vagrancy charge).

Gaming authorities didn’t want either man in any Nevada casino, which they formalized via the “Black Book” two months after the undesirables’ arrest. The black book, whose creation had been in progress prior to the Dragna/Battaglia incident, contained the names of individuals casino operators had to keep out of their facilities or lose their gambling license.

The NGCB strictly enforced it, having those on the list kicked out of gambling clubs. Repeat offender Johnny Marshall (aka Marshall Caifano), triggerman for the Chicago syndicate with 18 arrests on his record between 1929 and 1951, found himself booted out several times.

“I agree with any measures necessary to keep the hoodlums out of Nevada,” said Nevada Governor Grant Sawyer. “The operators have a great responsibility to cooperate. We might as well serve notice on underworld characters right now that they are not welcome in Nevada and we aren’t going to have them here” (Nevada State Journal, Nov. 2, 1960).

Hashed Out In The Courts
That year, Dragna tested the constitutionality of the black book in the courts. He sought a federal court injunction against it and the members of both state gaming agencies. He claimed they caused Las Vegas hotels to refuse him entry, depriving him of his rights as a U.S. citizen.

Marshall also sued each gaming regulator along with Governor Sawyer for ($100 apiece) and the Desert Inn (for $150,000), whose staff had kicked him out.

In 1961, a U.S. District Court judge dismissed Dragna and Marshall’s suits on the grounds that gambling isn’t a protected federal civil right and the matter was a state one.

Marshall Pursues The Cause
Within the following year, Dragna dropped his appeal upon being sentenced to five years in prison for extorting the manager of a boxing champion.

As for Marshall’s case, the appellate judges remanded it to federal district court for trial. One justice suggested that “Nevada has as much right to keep suspect persons out of its casinos as Texas ranchers have to ban cattle with hoof and mouth disease” (Nevada State Journal, May 13, 1962).

Subsequently, Marshall lost in federal court and again appealed. In 1966, six years after gaming authorities distributed the black book, the U.S. Court of Appeals upheld its use. It noted that neither being put on the list nor being denied entry to casinos was unconstitutional.

The U.S. Supreme Court, in 1967, refused to hear the case, finally answering the civil rights question.