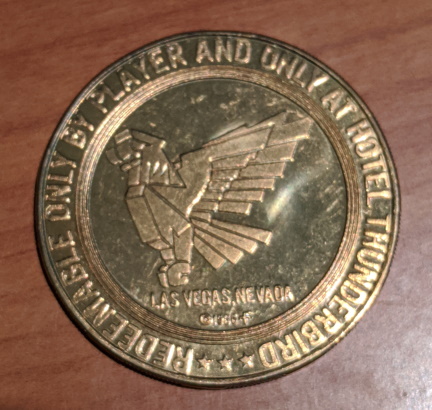 When Nevada’s casinos switched the form of currency accepted in their $1 slot machines to a token from the nearly extinct silver coin in 1965, it had an unexpected result. People around the world wanted to collect the new pseudo-money.

Since the change went into effect following U.S. Treasury and Silver State approval in July 1965, “countless thousands of the tokens have been taken out of circulation,” reported the Las Vegas Sun in May 1966. “One Las Vegas casino executive said the inventory of the first order was depleted by 20,000 tokens so fast that a reorder was placed immediately.”

A Look at the Numbers
By Nevada regulation, all gambling houses had to have their own dollar token design, and they opted to change it, in some way, annually. For the first two years at least, only The Franklin Mint in Pennsylvania, owned and operated by the Numismatics Corporation, designed and manufactured The Silver State’s dollar tokens. Master sculptor-engraver Gilroy Roberts, responsible for the appearance of the Kennedy half-dollar for one, created the look of most, if not all, of them.

In 1965, the first year, 28 Nevada casinos, located in Lake Tahoe, Reno, Carson City, Las Vegas, North Las Vegas and Boulder City, purchased customized dollar tokens. These were either in a gold or silver color, depending on their preference.

For collectors, the mint produced “proof-like” sets of all 28, meaning the tokens were made out of metals other than silver. The silver-hued tokens consisted of what the mint called Franklinium II, a copper-nickel-niobium alloy with some added columbium and strengthening metals. The gold-toned tokens were made out of Franklin nickel-brass. Proof-like sets in 1965 cost about $125 ($1,000 today). 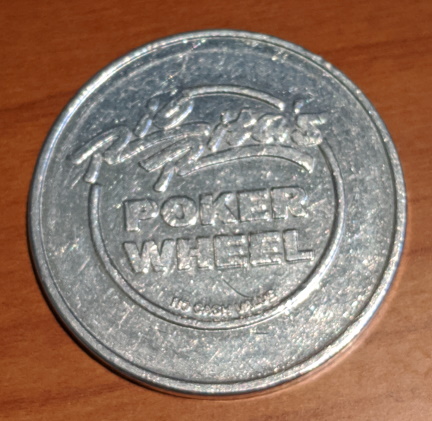 Also, the gambling tokens were sold individually, by coin collectors, for about $2.50 apiece ($20 today).

The Franklin Mint manufactured “proof” sets, too, comprised of pure silver coins, which were individually fed to and produced on a 360-ton press. Proof sets went for roughly $425 in 1965 ($3,500 today).

By February 1966, about 1.5 million dollar tokens were in use in the state, said Edward A. Olsen, chairman of its Gaming Control Board. By May, the number of Nevada gambling clubs using them was up to 46 and further spread geographically to include Sparks, Virginia City, Fallon, Beatty and Henderson. By year-end, the total was 72.

Because the Franklin Mint didn’t sell directly to the public, anyone who wanted a proof-like set had to purchase one from a dealer, paying a fee to do so, or visit every casino that used dollar tokens and collect the pieces in person, one by one. Proof sets only were available through a broker.*

Gambling Clubs Benefit
With every dollar token that patrons took home, the casino made money.