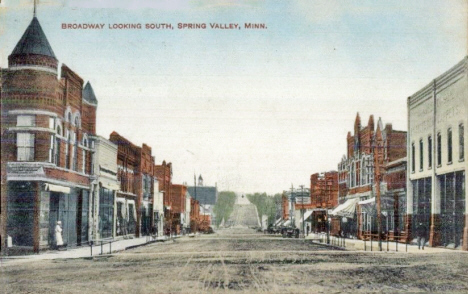 It was a typical Tuesday at the First National, and only, bank in the small Spring Valley, Minnesota community, population about 2,000, until gunmen burst through the doors and ordered everyone to lie on the floor or get in the criminals’ car outside.

One of the three abrupt intruders had gold-capped teeth. He was 32-year-old, Omaha, Nebraska resident, Raymond E. Simpson, nicknamed “Cappy,” presumably due to his obvious dental work. Short, stocky and seemingly in charge, he brandished a machine gun and ordered around his victims and accomplices. Regarding anyone who didn’t do as instructed, Simpson suggested “blowing ’em up if they don’t git about.”

Wielding pistols, Simpson’s crew told the 11 patrons and staff caught in the crime, “This is a stickup; don’t make any false moves,” and set about collecting all of the cash and coins from the money drawers.

The safe, which contained about 80 percent of the bank’s money, was locked and on a timer, so it couldn’t be opened for another half-hour. Not about to wait, the trio left the bank with $2,000 (about $39,000 today), got into the small black sedan waiting in the alley out back and drove out of town.

This gang was believed to be the same one that had robbed the Pipestone National Bank of $1,600 ($31,500 today) three days earlier and had “escaped after overpowering the town’s only policeman,” reported The St. Cloud Daily Times (Oct. 3, 1933).

Bank robberies were commonplace during The Great Depression of the 1930s, during which gangsters like John Dillinger, Charles “Pretty Boy” Floyd, Alvin Karpis and “Baby Face” Nelson (né Lester Joseph Gillis) became renowned. In Minnesota alone, in 1933, a total of $127,000 ($2.5 million today) had been stolen in 33 bank holdups, for which 20 robbers had been captured and two others killed. The previous year, banks in The Land of 10,000 Lakes had lost $386,000 ($7.2 million today) to theft. 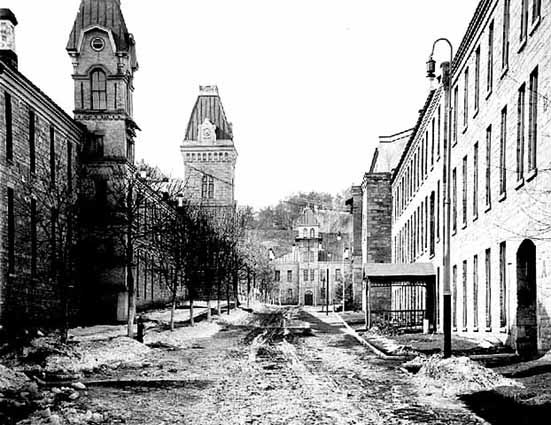 In the Wind
A wanted man, linked to about a dozen bank robberies in Minnesota and North Dakota, Simpson was working as a craps stickman in a Nevada casino two months after the Spring Valley bank heist, in December. Seemingly, when he wasn’t robbing banks, Simpson worked in the gambling industry in various cities, including Omaha, St. Paul and Minneapolis.

Though Simpson wore a disguise while at his Las Vegas job, police officers figured out who he was. They arrested and detained him in the Clark County Jail in lieu of a $50,000 bond. Initially, Simpson confessed to his involvement in the Spring Valley crime and waived extradition but then sought to fight it. He applied for a writ of habeas corpus, challenging the right of Sin City authorities to keep him behind bars. They were holding him on the charge of being a fugitive.

Judge William E. Orr denied the writ, after which Simpson agreed to be returned to Minnesota. He arrived in St. Paul in mid-January 1934.

At his subsequent preliminary hearing on his first degree robbery charge, Simpson, “in a jovial mood,” denied ever having robbed a bank (The Lime Springs Herald, Feb. 1, 1934). The judge held him over for trial and set bail at $25,000, which would remain unpaid.

Simpson’s trial took place over two days in June. His defense was that he’d been in Omaha, not Minnesota, on the day of the robbery. The jury, however, after four hours of deliberation, found the defendant guilty. Immediately thereafter, Judge Norman E. Peterson sentenced Simpson to a life sentence in the Minnesota Correctional Facility—Stillwater.

Continuing a Life of Crime?
In April 1953, Simpson, no longer imprisoned and living in Omaha with his wife, was questioned about the recent murder of a local gambling operator, Edward “Eddie” J. McDermott. The career thief provided no information, however, and was released.

He was back in the news again in 1961 when professional safe cracker, LeRoy Kirkland Jr., 23, during his trial in Montana for first-degree burglary of Briggs Implement Co., claimed that his alleged accomplices in the crime, Simpson and another man, had framed him in an act of revenge. “[Kirkland] had agreed to assist Seattle authorities with arrest of the pair for smuggling dope, according to his testimony,” The Great Falls Tribune reported (Feb.17, 1961). (The court didn’t buy Kirkland’s defense, and he was sentenced to 15 years in prison.)

Raymond “Cappy” Simpson passed away in Omaha at age 70 in November 1972.