An innocent man was placed in law enforcement’s crosshairs in late 1930s Los Angeles for a heinous crime … the frame-up stuck. 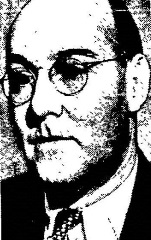 Caught Unawares
While strolling on Southern California’s Redondo Beach Strand, or boardwalk, with a female employee on a July Monday night after dinner with friends, George “Les” Bruneman, 40, was shot in the back. The bullet, which entered his left shoulder, pierced a lung and entered his abdomen. He survived but spent months in the hospital.

“I’m living on borrowed time,” Bruneman told a detective lieutenant. “I’ve got about six weeks more. They’ll get me the next time. They won’t send the same pair, though. They’ll send experts after me the next time” (Oakland Tribune, Oct. 25, 1937).

In Cold Blood
Six weeks after his release from the hospital, on October 25, while drinking with friends in Los Angeles’ Roost Café in the wee hours, Bruneman was executed, sustaining four shots from a distance followed by six more at close range. An innocent bystander, Frank A. Greuzard, ran after the killers, but they fatally gunned him down, too.

Police theorized that Bruneman’s murder was related to a gambling feud of some sort, perhaps even rivals wanting his territory for themselves. 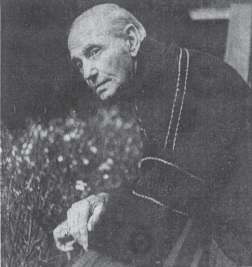 Seeking a Suspect
While various persons of interest were questioned and released, an informant led police to Peter “Pete” Attillio Pianezzi, an ex-convict from San Francisco, California with bank robbery charges pending against him. He was arrested for the murders of Bruneman and Greuzard.

Pianezzi went on trial for the killings in February 1940, when he was 38. In court, one of the owners and the bartender of the Roost Café identified him as being the shooter. The prosecutor went for the death penalty, but the jury couldn’t agree on a verdict.

In Pianezzi’s second trial, which ended two months later, the panel of his peers convicted him of first degree murder, and the judge sentenced him to life imprisonment at Folsom State Prison.

Around the same time, he was found guilty on three counts of first degree robbery netting $17,000 in bank holdings. For those, he was given three life sentences. All four periods were to be served concurrently.

Long Overdue Exoneration
Pianezzi served 13 years, getting released in May 1953. For the next several decades, he worked to clear his name with respect to the murders and always maintained his innocence regarding them. He especially wanted his wife Frances to see him cleared, but it didn’t happen by the time she passed away.

“I’ve been pretty upset and depressed,” Pianezzi said. “I wanted her to see it. But even if she’s not around, I’m going to hang in there. I didn’t commit the murders, and that’s it” (Folsom Telegraph, June 26, 1981).

In 1966, California Governor Edmond “Pat” G. Brown, offered Pianezzi a pardon on the grounds that he’d been rehabilitated. He turned it down though because he wanted exoneration based on his innocence.

Later Revealed
Roughly four decades after Bruneman and Greuzard’s murders, the identity of the actual killers and the motive for the crime supposedly came to light. Two hitmen, members of the Los Angeles Mafia — Leonard “Leo/Lips” C. Moceri and Frank Bompensiero — committed the murders, according to Jimmy “The Weasel” Fratianno, one of their cohorts who became an FBI informant. Jack Dragna, head of that crime family, ordered the hit, he said. (Moceri and Bompensiero had died, by murder, before Pianezzi’s pardon, the former in 1976, the latter in 1977.)

What allegedly led up to the hit on Bruneman was a dispute between him and Johnny Rosselli, whom the Chicago Outfit had dispatched to Los Angeles to protect Nationwide, the only horse racing wire service provided in California at the time. Bruneman had been bootlegging the service. A rumor swirled that Bruneman wanted to take out Rosselli, then a respected member of the Dragna crime family. When Dragna heard it, he acted pre-emptively.

According to Fratianno, Moceri had described to him years earlier how the assassination had gone down and the fallout, concluding with: “Want to hear the payoff? The cops arrested some dago, Pete Pianezzi, and believe it or not, the son of a bitch was convicted and he’s still serving time on that murder rap. It’s a bum beef.”