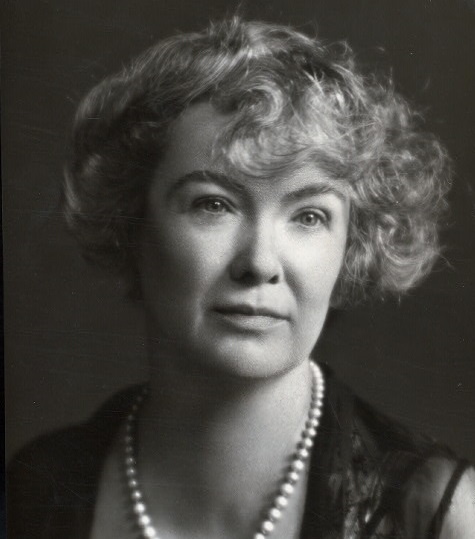 She’d acted on the stage and screen in the 1890s. She’d mingled with royalty and wealth in Europe and the United States. During Prohibition, she’d operated a speakeasy on New York’s Park Avenue. During that stint, she’d been arrested three times and spent 30 days in jail for selling alcohol to her patrons. She moved to Reno, Nevada in 1931, the year the state legalized gambling.

“Reno, everybody said, was the obvious place for me; Reno was the widest-open town in America, where enforcement was a farce; in Reno the Truckee River sometimes ran dry, but never Old Man River Booze,” Livingstone wrote in her memoir, Belle Out of Order. “Besides, there was always the legal gambling!”

When Livingstone’s request for a gambling license came up for a county board vote, ranchers who lived near the location she’d chosen for her club objected. They said a casino in the neighborhood would be detrimental to the children residing there. They implored the board to investigate Livingstone’s “character and fitness to conduct such a resort” and ask her about her criminal record. 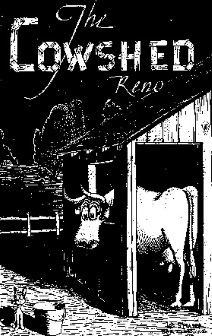 The licensing board, however, approved it in a 3-to-2 decision. In September, The Cowshed, Livingstone’s nightclub, debuted. The former cow-milking barn had been transformed into an entertainment hotspot offering gambling, dining and dancing, and it drew crowds, 1,700 people on opening night alone.

It was located on South Virginia Street, the main Reno thoroughfare, about two miles south of downtown. (For those who know the locale, it was at 2295 S. Virginia Street, which is about where El Pollo Loco is, across from the old Park Lane Mall site.) “You haven’t seen Reno if you haven’t seen Belle’s ‘Cow Shed [sic],’” advertisements declared (Reno Evening Gazette, Oct. 24, 1931).

Shortly thereafter, troubles surfaced for the owner/hostess. The newspapers reported that internal conflicts arose between Livingstone and her investors, and Prohibition agents raided the club, seized bottles of liquor and arrested its three bartenders.

The Octopus Rears Up
Livingstone, however, attributed the difficulties to the “four-headed Octopus which strangled every business that didn’t pay money into their till … no one could possibly operate without their sanction.” This tentacled animal that controlled Reno’s underground was financier George Wingfield and his three partners, William “Bill” Graham, James “Jim” McKay and an unknown third person, perhaps Reno Councilman William A. Justi.

“In spite of the fact that the governor had given me Nevada and the mayor had given me Reno, the underworld now gave me the works,” she added. “In the weeks that followed they installed in my place a man to provide my liquor, another to watch my cash register, others to stand back of my crap table and my roulette wheel. They carried out a campaign of psychological terrorism to the point where I felt obliged to hire a guard to watch my cottage while I slept. Finally came a complete blockage on my liquor, and what night club can exist without liquor?”

In a few months’ time, the Octopus successfully squeezed out Livingstone. In November, she headed to Dallas to run another club there.

A few days later, The Cowshed’s doors closed, and the entity became caught up in legal entanglements. In 1932, in abatement proceedings, a judge ordered the facility be locked for one year.

In May 1933, new management held a gala opening for The Cowshed, at which hundreds of attendees reveled. Success was fleeting, however, and the establishment closed and reopened a few more times before The Cowshed name was abandoned for good in 1937.