IRS Swoops Down on Casino Cash 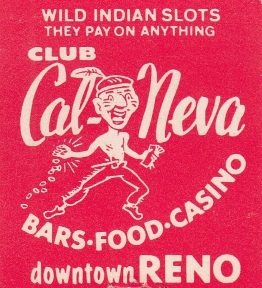 At 9:15 a.m. on Friday, November 11, 1955, eight U.S. IRS agents entered the Club Cal-Neva in Reno, Nevada, demanding payment of $65,000 (about $600,000 today) in overdue withholding and excise taxes. When the money couldn’t be proffered, the feds wired shut the casino doors and emptied all of the tables, cashier cages and slot machines of their money. They collected about $50,000 ($463,000 today), which they applied toward the debt.

The entity consisted of front man Sanford Adler,* Louis Mayberg, Morris Brodsky and Charles Resnick, who’d purchased the former Club Fortune (Fordonia Building) in 1947 from James “Jim” McKay and Jack Sullivan for $250,000 ($2.8 million) and then had spent $500,000 ($5.5 million) on renovating it. They’d opened it on Nov. 20, 1948 as the Club Cal-Neva, where they’d offered 21, craps, roulette, keno and slot machines.

Following the Chapter 11 filing, James “Jim” Contratto and five other men acquired the building, physical assets and lease from Club Cal-Neva Inc. Contratto previously had owned a gambling license for the Colony and Palace Clubs in Reno. His new partners were Robert I. Franks and Al Rogell of Beverly Hills, California; Sam Levy of Douglas, Arizona; John Callas of Huntington, Park, California; and Caspar Van Citter of Reno, Nevada. The group reopened the gambling house, keeping the name Club Cal-Neva, on December 2, 1955. The casino boasted four 21 games, one craps game, one roulette wheel and one keno game along with 150 slot machines. 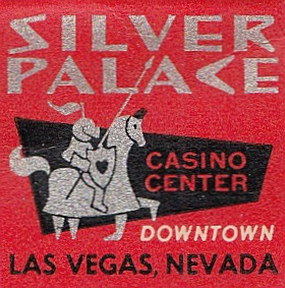 Replay Down South
Just over a year later, on Friday, November 30, 1956, at 8:30 a.m., 10 federal revenue agents entered the Silver Palace in Las Vegas. One announced over the loudspeaker that the 20 or so customers should leave as the casino’s assets were about to be seized. The crew padlocked the doors and confiscated all of the cash from the premises, as the gambling club owners were roughly $77,000 ($638,000) in arrears on payroll taxes.

The Spinning Wheel Corporation had invested $1.5 million ($13.7 million today) into the Silver Palace and had opened it only six months earlier, with 160 slot machines, two 21 games, two craps games and a roulette wheel. Earl Snyder, a Monterey Park, California contractor, held the majority interest. Marion B. Hicks, Joe Wells and Clifford Jones each had a gambling license for the casino.

Subsequently, the Spinning Wheel Corp. put up the building for lease.

*In addition to the Club Cal-Neva, Sanford Adler owned/co-owned several casinos at various times, including the Flamingo in Las Vegas and the Tahoe Biltmore in Crystal Bay at Lake Tahoe.