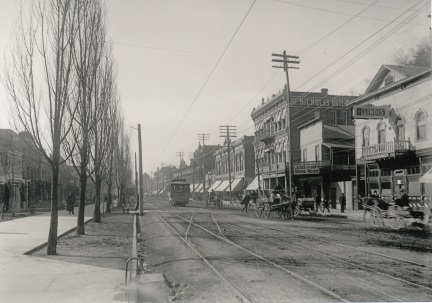 “The loose buckle in the Bible Belt” and “Las Vegas before Las Vegas had water” — these were Hot Springs, as described in the press (Hot Springs, 2013).

This Central Arkansas city boasted illegal, yet wide-open, gambling for about a century, from the late 1860s until the late 1960s, making it the only United States locale with such a history. That run was interrupted three times: around the start of the 20th century, immediately preceding the onset of World War I and between roughly 1946 and 1948.

They heyday of Hot Springs gambling was from 1927 to 1947, during which more than 10 major and many small casinos existed. In 1931, for example, this home of 16,000 people welcomed roughly 15 times as many visitors.

Hot Spot for Gambling, Fun
Hot Springs was hugely popular among the notorious, wealthy and famous. “Millions of people visited the spa city to gamble” despite its remoteness, wrote Robert Raines in Hot Springs.

Along with games of chance and horse races, the recreation destination offered opportunities to soak in hot baths (the city’s name came from its abundant geothermal springs); drink, even during Prohibition, particularly the revered, locally distilled moonshine; golf; watch Major League Baseball spring training games; and use brothel services.

The notorious visitors to this city included a who’s who list of mobsters, most of whom were involved in gambling, and other, enterprises elsewhere. Among them were Joe Adonis, Jimmy “Blue Eyes” Alo, Albert Anastasia, Al “Scarface” Capone (who had his armored 1928 Cadillac shipped there by rail from Chicago to use while vacationing), his brother Ralph Capone, Mickey Cohen, Frank Costello, Sam “Momo” Giancana, Meyer Lansky, Charles “Lucky” Luciano, Owney “The Killer” Madden (who retired in Hot Springs), Bugs Moran, Frank Nitti and Benjamin “Bugsy” Siegel, along with New York and Chicago policy kings Ellsworth “Bumpy” Johnson, Ted Roe, and brothers Edward, George and McKissack Jones. For these men, Hot Springs was a sanctuary of sorts, a place to get away from the stressors and dangers of organized crime, be left alone by rivals and law enforcement and enjoy a true vacation.

The gangsters who flocked to Hot Springs to hide and, sometimes, plan their next crime, many of whom were on the FBI’s Most Wanted list at some point, included Bonnie and Clyde (Bonnie Elizabeth Parker and Clyde Chestnut Barrow), Harvey Bailey, the Barker Gang members, John Dillinger, Charles “Pretty Boy” Floyd, Alvin Karpis, Frank “Jelly” Nash (who was actually arrested by federal agents in the White Front Club there) and George “Baby Face” Nelson.

The Gambling Landscape
Primarily locals controlled the gambling, although a few ex-Arkansas mobsters owned interests in some of the enterprises over the years. William “W.S.” or “Bill” Jacobs from Memphis, Tennessee, who owned six clubs there, is recognized as the first gaming impresario of Hot Springs. After Jacobs died, gaming insiders asked New York mobster Frank Costello to take over, but he declined.  Instead, Jack McJunkins succeeded him, and later, H. Dane Harris assumed the role.

Once Owney “The Killer” Madden permanently moved to Hot Springs in 1935, he kept an eye on gambling and ran his own bookmaking/wire service there until his death in 1965. When Sam “Momo” Giancana inquired about buying a piece of the gambling action in the 1960s, he was turned down.

Over the decades, the major places to gamble and the years they opened (when known), included the:

By 1964, only the Southern Club, Vapors and the Arlington Hotel remained as the large gambling spots, along with the race track.

Despite gambling being illegal, the city charged such operations a tax, the amount depending on their size. When the city needed money, the gambling heads were expected to pay more, which they willingly did to keep running their establishments freely.

Gambling Gets Wiped Out … Mostly
The end of gambling in Hot Springs began with the election of Winthrop Rockefeller (R.), a grandson of John D. Rockefeller, Sr., as the Arkansas governor in 1967. While campaigning, he indicated he’d support a pro-gambling amendment should legislators pass one.

That they did when Rockefeller got into office, but he vetoed the bill. Later that year, he had all gambling eradicated in the city except for horse and dog racing.

For the next 40 years, the Oaklawn Park Race Track was the only legal gambling spot in Hot Springs. That changed in 2005, however, with passage of the state’s Local Option Horse Racing and Greyhound Racing Electronic Games of Skill Act, which allows race tracks to offer some electronic, casino-style games. (This has earned them the moniker “racinos.”) Excluding these racino offerings, gambling remains illegal in Arkansas.