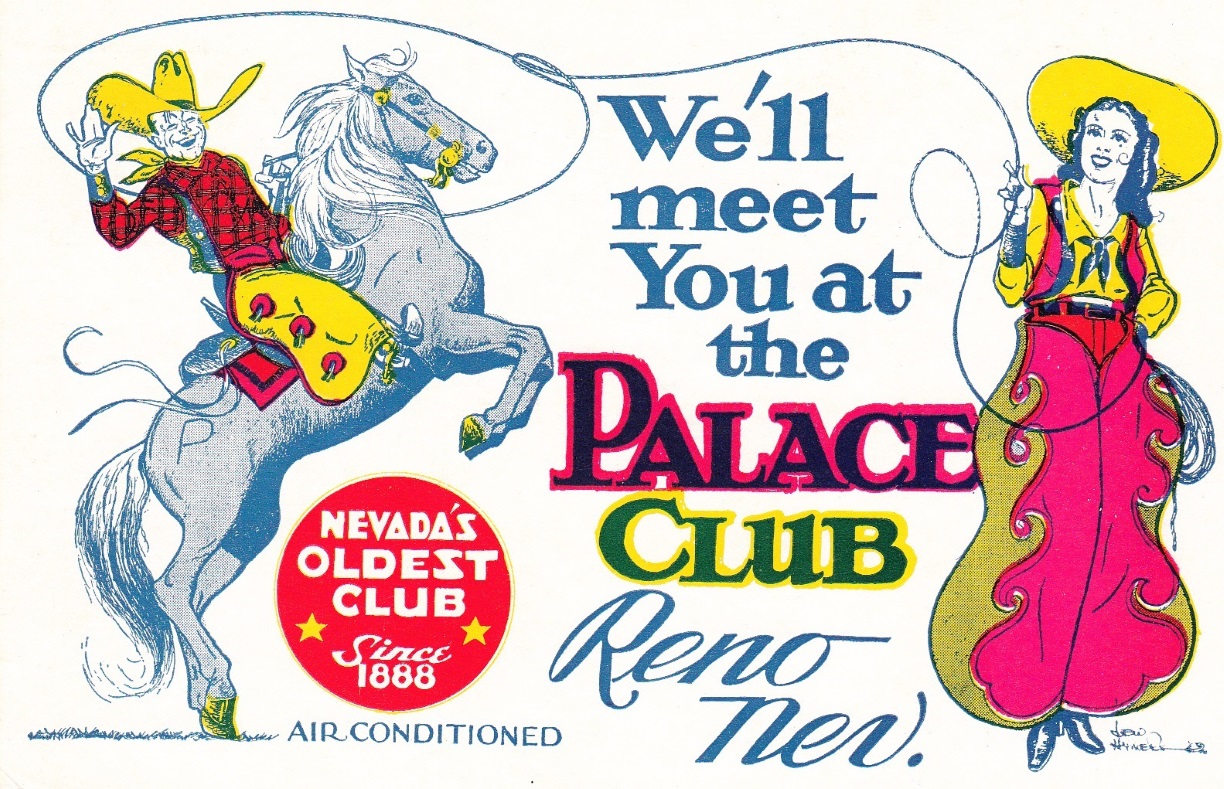 In 1934, John Petricciani regained use of his Reno, Nevada, property he’d owned for 10 years and first licensed his saloon, the Palace Bar, for roulette and 21 games, one apiece. Prior, he’d leased space in the building to various business owners, including local mobsters, William “Bill” Graham and James McKay, who’d operated their Bank Palace Club on the top floor for three years.

In 1935, the Italian enlarged and remodeled the property, which included a bar, club and café, and added a 32-room hotel. He changed the name to the Palace Club and obtained licenses for eight games — two craps, two faro, two roulette, one 21 and one stud poker — along with six slot machines. The new and improved facilities debuted on June 1, 1935.

Three-and-a-half months later, police arrested Petricciani on a warrant for failing to pay license fees on several gambling devices. He was to stand trial.

When the state legislature broadly legalized gambling in 1931, the law mandated that casino owners or operators obtain a license and pay the fee for each of their gaming tables and slot machines. The required monthly amounts, due quarterly and in advance, were:

The court postponed Petricciani’s trial four times for various reasons; one was a suddenly announced, once-only state holiday in observance of completion of the Hoover Dam. Finally, in October, he paid the outstanding debt, more than $1,000 ($17,520 in today’s value), much of that being penalties.

City Attorney Douglas Busey capitalized on the occasion to publicly remind all gambling license holders to pay their fees on time.