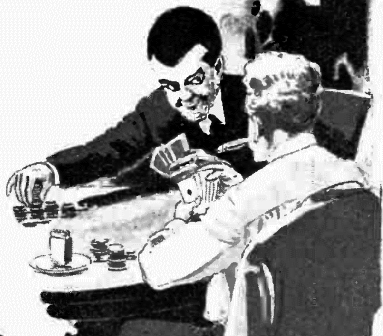 “Whenever he gets in a fix, he reaches into his bag of tricks.” That statement not only applied to Felix the Cat but also held true for many gambling cheaters during the 19th and 20th centuries in the U.S. One of their go-to aids was called check cop or sure cop (“cop” meaning “steal” here).

One source described the product as a liquid chemical adhesive, and another said it was beeswax.

Whatever one’s version was made of, “check cop was an indispensable article in any high class poker game, for what was a fellow to do if he lost his match box mirror or broke his Sullivan knee spread, or went blind and could not read the backs of his marked cards? Ah, that has been well looked after, for any real gamble must be a sure thing. If all devices fail, use check cop,” reported the Syracuse Herald (July 24, 1921).

Cheating dealers or players rubbed or smeared some check cop on the palm of a hand, making a “perfect picking-up surface,” the newspaper described. Then, with the treated hand, they inconspicuously pilfered others’ coins, chips and/or checks. They even used check cop to palm then switch cards, coins or dice during a game. 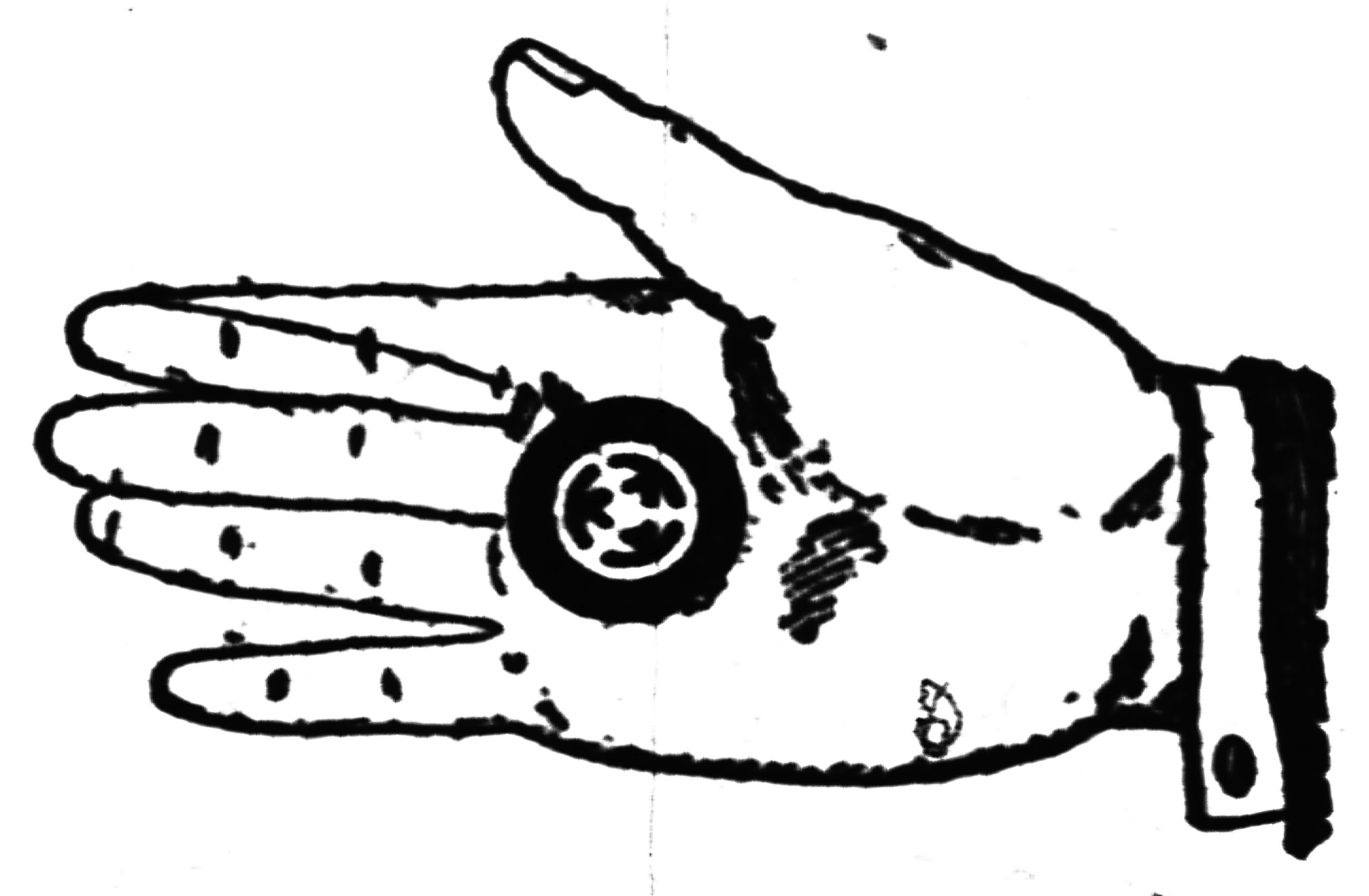 The Syracuse Herald described how check cop was used clandestinely. “If all else fails, all the craft gambler had to do was to point his right hand at the door and cry, ‘Here comes the cops’ or any of those old Sherlock Holmes attention attractors and slyly slip out his left hand over his adversary’s chips while he’s looking the other way, the check cop on his palm will do the rest.”

The article went on: “Of course only a bungling amateur would resort to the suggested method of distracting his adversary’s attention, the simplest way was just to palm the chips one at a time as the gentleman on your left turned to give an order to the waiter, stooped down to light a match or make any other little unconscious move which took his eyes for an instant off the stack of chips before him.”

About 10 big companies, from which gamblers bought cheating implements, sold their own version of check cop and, thus, relied on advertising to distinguish their own product from their competitors’.

One such novelties business touted its check cop as “the best of the kind on the market. It does not interfere with the action of the hand and a check will adhere to it while the hand is held perfectly flat, yet no particle will adhere to the check,” reported The Fort Wayne News and Sentinel (May 3, 1919).

Another firm, Mason & Co., asserted in its catalog, “Palming is one of the most difficult feats of the profession. With our check cop it is done easily and surely with out [sic] practice.”

Other companies claimed the following about their check cop:

The Encyclopedia of Gambling noted that an alternative was/is available to cheaters, which is cheaper, more convenient and uses a product many people already have in their home.

“Some cheaters see no need to purchase these preparations; they have their own do-it-yourself methods,” the author wrote. “They simply cook up a piece of adhesive tape and scrape the gummy substance onto their palm. It is just as effective a method.”

The existence of check cop and similar products led casinos to require that dealers “clear their hands” before touching their person or leaving their game table. They’re required to turn up their palms to the cameras to show they’re empty and clap their hands to dislodge anything that might be stuck to either one.

Science and Invention in Pictures, in its June 1924 issue, advised: “Be suspicious of the person who ‘monkeys’ with the chips. The man who takes ‘kitty’ or ‘cuts’ the game frequently uses a ‘check cop.'”

Illustration of player using check cop during game: from Science and Invention in Pictures

Photo of palmed chip: from The Inter Ocean