Draftsman Gets a Wild Hair … Or Two … Or Three 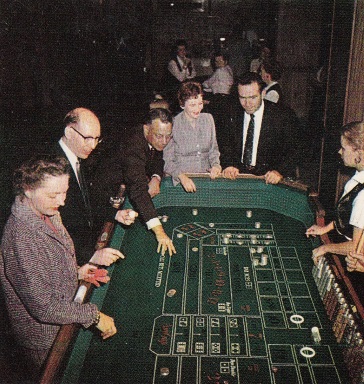 “Someone very dear to you is being held and will be killed if you don’t give me the money.”

This was the content of the note, a bluff, Frederick Charles Will, handed to the manager of the American Trust Company branch in San Francisco on July 28.

Walter Blomberg, whose wife was at home that Monday afternoon, gathered and handed $20,000 in small bills (about $188,000 today) to the robber, a 33-year-old draftsman and war veteran originally from Pittsburgh, Pennsylvania.

Will, aka Frederick Charles Klose, had Blomberg accompany him out of the Northern California bank and even onto a public bus — the escape vehicle — so as not to arouse suspicion among the other employees. At some point, the two men parted ways.

Just in Case
Will went to the apartment of a friend, Martha Dorn, where he opened the briefcase he had with him and showed her the money inside, scattering bills on the floor as he did so. He explained that he’d won $30,000 at the racetrack. She soon ushered him out, as she was expecting a guest. Before leaving though, he hid a wad of $20 bills in her sofa, which she would later discover and turn over to the authorities.

The Yen to Gamble
Next, Will spotted and asked an idle cab driver if he’d take him to Reno, Nevada. Anthony Gelini, 44, agreed. After switching to his personal car, Gelini drove Will to his apartment to pick up his roommate, Sidney Dubowy, also 33. From New York, he was an accounting student at Golden State College in the Bay Area.

Once all three were in the car and en route to Nevada, Will/Klose pulled out a gun and opened his briefcase to display the copious bills inside. “Well, I stuck up the bank,” he told Dubowy. “You didn’t think I would do it. But it was easy—just like in the movies” (Reno Evening Gazette, July 29, 1952).

Upon arriving in The Biggest Little City, at around 4 a.m., Will/Klose instructed Gelini to drive them to Harolds Club, which he did. Will and Debowy locked the briefcase in the car’s trunk and took the key with them into the casino, leaving Gelini outside to wait for them. The roommates gambled at the club for hours.

Now, What?
When they left Harolds, they discovered Gelini and his car were gone. While they were inside, he’d phoned his wife, relayed to her the events and instructed her to call the Federal Bureau of Investigation (FBI) and local police. Then he’d sped back to The City by the Bay.

Subsequently, San Francisco Police Department officers retrieved from Gelini’s trunk the briefcase and the $17,000 inside. They asked Reno authorities to apprehend Will/Klose and Dubowy.

By that time, however, the two men had caught a flight back to San Francisco. Shortly after their return, law enforcement agents arrested them at their apartment.

Willing or Unwilling Accomplice?
Eventually, more than $19,000 of the stolen $20,000 was recouped. In August, Gelini went to collect the bank reward for recovery of the money but was denied it. Instead, he was arrested soon after, following indictment on the charges of comforting and assisting a fugitive, hindering and preventing his apprehension, and concealing and transporting stolen bank funds between states. He, too, was arrested.

“He is deeply involved,” Assistant U.S. Attorney Joseph Karsh told the grand jury. “He was never under any coercion at all, and there was opportunity galore when he could have gotten away.” He only came back “because he knew the jig was up.” Karsh’s office had evidence, he said, that Gelini had planned to take all of the money that he could if he hadn’t gotten the $5,000 promised him.

Gelini countered, “All I was trying to do was to be Will’s friend until I could make a break. Too many cab drivers have been killed by not being friends.”

A jury found Gelini guilty of receiving more than $100 of the stolen money, $140 specifically. He was sentenced to a year and a half of probation.

Punishment Meted Out
As for the other two, Will/Klose was indicted on charges of bank robbery and interstate transport of stolen funds. Dubowy was charged with receiving, possessing and concealing stolen funds under $100.

At arraignment in federal court, Will/Klose told the judge: “I don’t want no jury trial. I want to plead guilty and be punished for what I’ve done” (Reno Evening Gazette, July 30, 1952).

Dubowy said, “I’m just a good natured kid; I was taken advantage of.”

On sentencing, in November, Will/Klose was given eight years in prison for each charge, both stints to be served concurrently. Dubowy got three years’ probation.