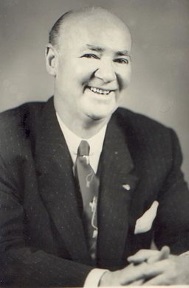 The missing 10,000 dimes, 2,000 quarters and 1,000 half-dollars, the reserve fund for the club’s slot machines, were taken from a wooden cabinet in the basement. Only two employees had keys to that room.

One of them, Thomas Knaub, seven months later, sued the owner of that Reno, Nevada club, Ernest J. Primm, alleging he’d made false public statements that Knaub had been involved in the robbery. Knaub, no longer in his employ, claimed Primm’s alleged slander of him had prevented him from landing a job.

The jury trial began three years later in June 1959. The first witness called, Primm, denied ever accusing Knaub of participating in the theft or telling other casino owners Knaub had taken part in it.

He added, however, he knew Knaub gambled in the local casinos. “I know one thing. A man that goes around town gambling and puts I.O.U.’s in doesn’t deserve a job,” Primm added.

The former assistant office manager, Margaret Stanley, next testified that in Knaub’s job as a Primadonna club cashier, he counted the cash every morning, made bank deposits and co-signed payroll checks. She said once he’d found and pointed out a $1,000 error in the bank deposit.

When Knaub’s attorney was about to question Stanley about a conversation she’d overhead in the past between Primm and another employee, Marjorie Standlee, the defense objected on the grounds that such conversations are confidential. The judge agreed, and Stanley’s testimony—the crux of Knaub’s case, per his attorney — was cut short.

Two days later, the judge, A.J. Maestretti, dismissed the suit because the plaintiff had failed to present a sufficient case.