An Inside Look at Late Gambler’s Estate 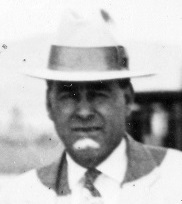 Canada-born Jack Sullivan, né John D. Scarlett, had co-owned and run the Bank Club for two decades and prior to that, the Willows (it burned down in 1932) — both Reno, Nevada casino hotspots. He’d retired a mere six months before his death at age 72. He passed away on April 24, 1951 in a local hospital after a prolonged illness.

Post Mortem Withdrawals
The executor of Sullivan/Scarlett’s estate, First National Bank of Nevada, paid the federal taxes due, which amounted to $121,442.82. This reduced the estate value by 14 percent, to $723,509.18.

Then they paid the legal fees for the settling the estate, which totaled $65,307.16:

These expenses further reduced the estate’s value, by 9 percent.

Distribution of Wealth
Sullivan/Scarlett left a will, which had been created in 1948, three years before his passing. He’d bequeathed the following:

To his widow: Half of all community property and the remainder of the estate after the other commitments were paid; the latter came to about $130,000.

To his daughter: $200,000. Held in a trust, the money was to be invested in U.S. government bonds and she was to be paid $400 a month from the investment returns until age 50. At that time, the trust was to be liquidated and the principal paid to her.

In the event of her passing, the money was to be distributed equally to Sullivan/Scarlett’s three grandchildren once the eldest reached aged 21.

Scarlett had left nothing to his brother, noting in the will that he’d provided for him when Sullivan/Scarlett was alive.

By year’s end, the gambler’s estate had been disbursed.

Photo from the University of Nevada, Reno Special Collections