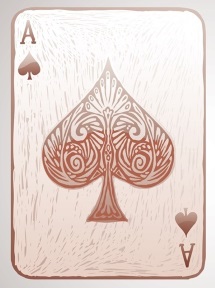 Cheating at gambling in the early 20th century in Nevada could land a person in serious trouble. That’s exactly what happened to Francis Leo Luckett, 28.

A Pennsylvania native, he’d been in Reno by way of Ely for about 10 days, frequenting the various casinos with his buddy, Cleo “Slim” Bush.

On a Sunday summer night, he was playing 21 at the Tip Club, a bootleg and gambling establishment, with two other men. Bruises and a cut on his forehead suggested he may have been in a recent dustup.

Joe B. Walden, 41, a long-time Reno resident who’d worked at numerous gaming clubs, was dealing for them.

Luckett had a sophisticated contraption affixed to his left leg and arm under his clothes — a Kepplinger Holdout — which he used to cheat. When he needed to stash a card for later use or retrieve that card, he spread his knees, which activated the device.

“Local gamblers, it is said, had ‘spotted’ Luckett several days ago as a card-cheat. He had become reckless in the use of his sleeve device in other Reno resorts and was being watched carefully, it is understood,” reported the Nevada State Journal (June 16, 1930).

Luckett left the game and carried his earnings, $27.50 (a $475 value today) in silver, to the bar to get them converted into bills.

Walden, who’d clocked a man on the head with his gun in the same venue several days earlier, pursued Luckett and said, “That’s my money. Give it to me or I’ll kill you.”

The card shark didn’t respond. Walden shot him in the back with a .38-caliber revolver. The fatal shot went through both of Luckett’s lungs, slashed his aorta and exited his chest. Luckett’s friend, Bush, wrestled with Walden, trying to secure the gun. While tussling, Walden fired again, the bullet hitting Bush in the leg. Walden scooped up the money and left out the back door.

When the police arrived on the scene, they identified Luckett through a letter in his pocket and noted one card in the machine on his person — a three of diamonds.

Into The Wind
During the coroner’s jury, two witnesses who’d been present at the time, testified to Walden threatening and shooting Luckett. The verdict was that Luckett had died at the hands of Walden, who’d pulled the trigger with the intent of committing murder.

Despite a widespread manhunt for Walden, he wasn’t found and believed to have absconded to Mexico. Months later, a rumor circulated that he was in Las Vegas, but law enforcement there didn’t locate him either. Two years after the capital crime, the alleged executioner remained on the lam, a warrant out for his arrest.