A Man and His Dream: Bing Crosby Opens Horse Racetrack 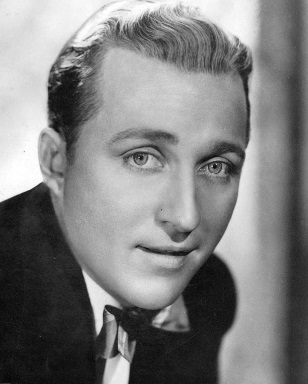 An armored truck, accompanied by three deputy sheriff cars, was moving $262,000 (about $4.5 million today) the 15 miles from the Del Mar racetrack in California down the coastal highway to a San Diego bank. The money was the track’s share of one day’s parimutuel handle, or total amount wagered. This amount, from that single day, was roughly two-thirds the revenue that the City of Reno, Nevada generated over a year, the 1937-1938 fiscal year, from gambling taxes and license fees.

An anonymous phone report of a murder at a café in the City of Del Mar caused the deputies to abandon the transport vehicle and head there.

When they arrived, though, they learned the phone call had been a ruse, likely to isolate the money-containing truck so it could be robbed more easily. Upon the deputies radioing in their discovery, a swarm of law enforcement officers responded. They reached the armored vehicle in time to foil any holdup and get the cash to its destination without incident.

Racetrack Beginnings
Crooner and thoroughbred horse owner and racing fan, Bing Crosby, was behind the development of the Del Mar racetrack. He and actor Pat O’Brien convinced a handful of mostly Hollywood celebrities to invest cumulatively about $2 million (about $34 million today) to lease the new Del Mar Fairgrounds and add a racetrack, facilities and clubhouse. Along with Crosby and O’Brien, the Del mar partnership consisted of fellow actors Gary Cooper, Joe E. Brown and Oliver Hardy and businessman/racehorse owner, Charles S. Howard.

“Del Mar has class written all over it — from the stable area to the swanky interior of the Turf Club,” described Paul Lowry (Los Angeles Times, June 29, 1937). “Del Mar has the Spanish touch of old California, the artistic, aristocratic air of the day of the Dons. The buildings are in keeping from stem to stern — from the adobe outer walls to the architectural dream that brought the clubhouse and grandstand into being.”

With a Grin and a Song
On the Del Mar racetrack’s opening day, Wednesday, July 7, 1937, Crosby greeted the attendees, about 20,000 in all. “[He] appeared at the grandstand turnstiles, smoking his pipe and tipping his dark blue yachting cap to customers as they entered the grounds,” wrote John Christgau in The Gambler & The Bug Boy.

After the bugle sounded for the inaugural race, Crosby sand Where The Turf Meets The Surf, a ditty he co-wrote with James V. Monaco and Johnny Burke specifically for the Del Mar racetrack: